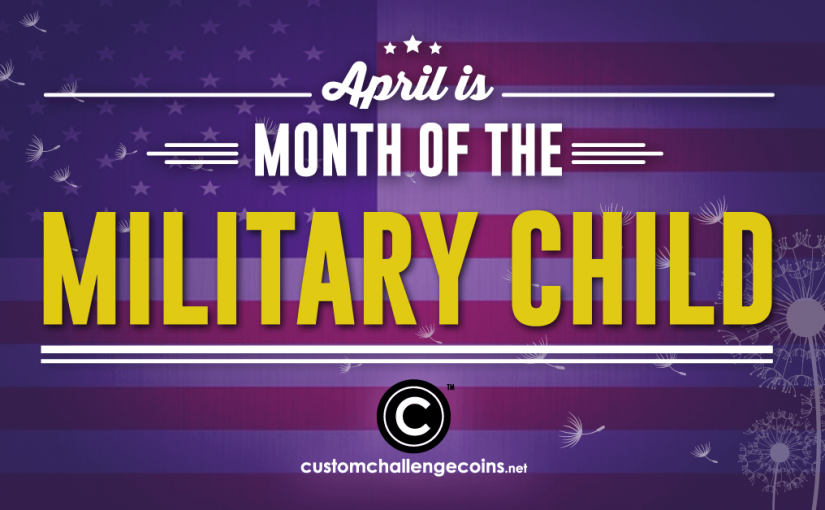 Month Of The Military Child

Did you know that every year during the month of April we celebrate the military children of America and we call it, “Military Child Appreciation Month” or more commonly known as, “The Month of the Military Child.”

This special tradition began in the mid-1980s to recognize our American military children for their sacrifice and bravery on the home front while their parents were deployed. The month of the Military Child was established by Defense Secretary Caspar Weinberger in April 1986, and the Department of Defense has honored this tradition ever since it began.

Since 2001, more than 2 million American children have had a parent deployed at least once since 9/11 which includes more than 900 thousand Army dependents, 400,000 Air Force dependents, nearly 300,000 Navy and approximately 118,000 Marine dependents. Did you know that military children relocate 10 times more often than civilian families — on average, every 2 or 3 years? Those are numerous new beginnings for a child during their most important developmental school years.

Starting over is grueling for any person to endure but it can be especially difficult for children. Having to start all over in a new school, making new friends, living in a new state… or even a country. Having to live with only one parent while the other is deployed. It is a substantial amount of sacrifice our brave military children experience. So what can we do to help our resilient young troopers? Below are some ways you can help celebrate our young military children and let them know they are appreciated for their familial sacrifice.

Some Ways You Can Support Your Military Families

Throughout the month of April, ask military connected children or family members to share an interesting fact about their life as a military child.

Wear purple during online classrooms via Zoom, Skype and Hangouts

Did you know? The theme “Purple Up” is used during the whole month. Purple indicates that all branches of the military are supported. Air Force blue, Army green, Navy blue, Marine red, and Coast Guard blue all thought to combine as a single color, purple. This month the official “Purple Up” day is Friday, April 24, 2020. Ensure to wear your purple to support these brave children!

All of us at Custom Challenge Coins, subsidiary of MetalPromo, would like to take a moment to honor all of the military children. We want to recognize the extraordinary strength and sacrifice it must take to support your military parents through all of the moves.

To us, you are our super hero’s. Thank you for your bravery! Help us honor these brave children this month! We want to let them know they are loved and appreciated for their familial sacrifice.